In the era of co-existence with COVID-19, Sun City Democrats Club began holding monthly meetings via Zoom. June was the first such meeting.

Donna Imam and Christine Eady Mann spoke and links to the videos are included below:
* Apparently, the Imam campaign has chosen to make its video "private." When discussing posting the video on our site, she expressed concern that doing so could disclose her strategy to Republicans.

Manny Garcia, Executive Director, Texas Democratic Party, presented information on the gains that continue to be made throughout the state over the past few elections. He highlighted enhanced technology efforts to identify and connect with newly arrived residents for voter registration and campaign finance efforts for the 2020 election. The Texas Democratic Party is building an infrastructure that will enable the selected national candidates to build on established networks in the state. Texas is now considered a swing state!
JUNE 15, 2019
​Cowan Creek, Georgetown/Florence Room, 1433 Cool Spring Way

Amy Nelson, Captain of WILCO Indivisible, discussed the tactics and strategies of the Indivisible Movement to promote progressive values of "inclusion, tolerance, and fairness."  The movement was founded in the wake of the 2016 election by Congressional staffers, including some from Texas Rep Lloyd Doggett's staff, to use tactics that they saw the Tea Party use to oppose the policies of President Obama. The primary tactic was to get those in Congress to listen to vocal, dedicated groups of constituents, no matter how small. A Guide was created to show how to strategically oppose Trump's policies.

Following the success of the 2018 election a new Guide was issued to make use of the new majority in the House to not just oppose Trump, but to put forward progressive policies. Amy will share those strategies with us.

Paula Mulhearn, our Activists Chair, talked about how our Committee will put those tactics to use here in Sun City and Georgetown.
MAY 18, 2019: Proposed Health Care Plans
Lone Star Rm at the Retreat, 1220 Cattleman Drive

Dr. Christine Eady-Mann spoke on health care plans that are being proposed, including Medicare for all.
APRIL 20,  2019
Social Center Ballroom, 2 Texas Drive

Bob Carey, a Sun City resident, with Texas NORML (National Organization for the Reform of Marijuana Laws) spoke about where the Texas House stands on HB1365 (expansion of the compassionate use program), HB63 (penalty reduction for possession of small amounts), and SB90 (expanding the compassionate use program) in the Texas Senate. As well as legal status of CBD (Cannabidiol) in Texas.
​


Our guest speaker was Dr. Emily Sydnor who presented Media and Politics. She teaches at Southwestern University, where she specializes in political communication and political psychology. Her research focuses on incivility in the media, its interaction with individual psychological traits, and its influence on political behavior.

Dr. Sydnor received her PhD and MA from University of Virginia, and her BA from George Washington University.


Guest speaker Emily Northrop, Professor of Economics at Southwestern University, is active with the Citizen’s Climate Lobby, a bi-partisan group which seeks to influence national policies to address climate change. The Georgetown/Round Rock area has a local chapter. Citizen's Climate Lobby supports a carbon fee and dividend plan, which Prof. Northrop discussed, as well as how climate change is affecting Texas.

To read more about the Citizen Climate Lobby, visit their website: https://citizensclimatelobby.org.

Emily Northrop brought form letters for attendees to fill out during the meeting which she took to the annual Citizen Climate Lobby meeting in Washington, D. C. in June 2019. She delivered them to Mr. John Carter.​
JANUARY 2019: Importance of Activism
​Pat gave us an informative presentation related to the history of and relevance today of activism. 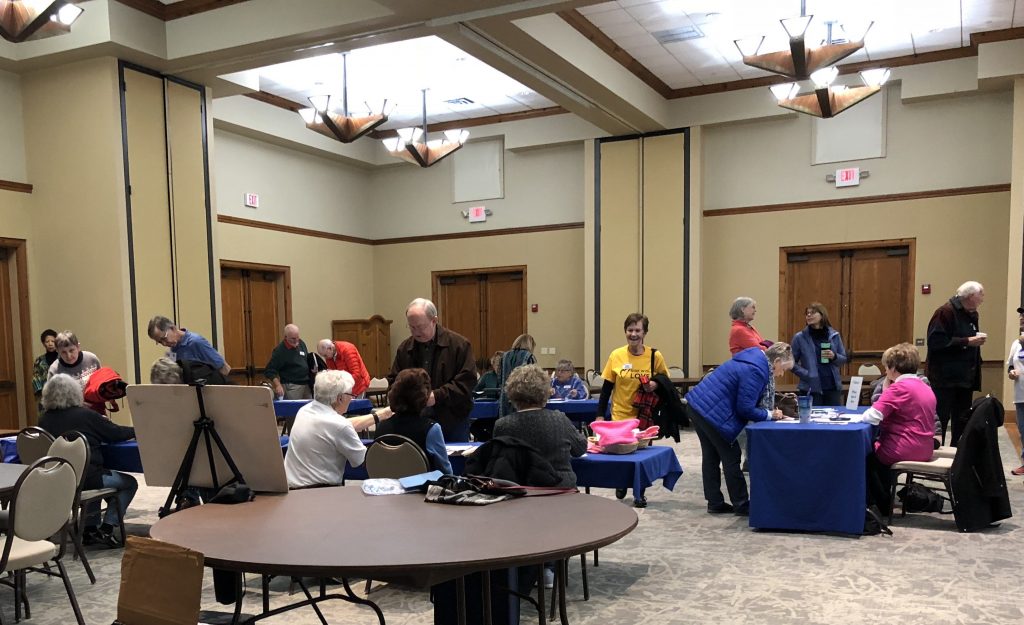 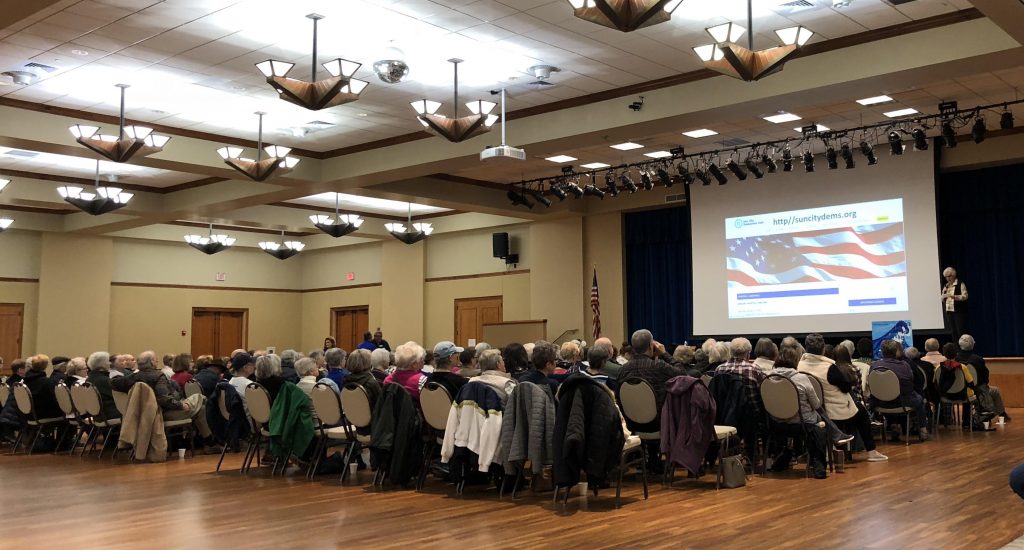 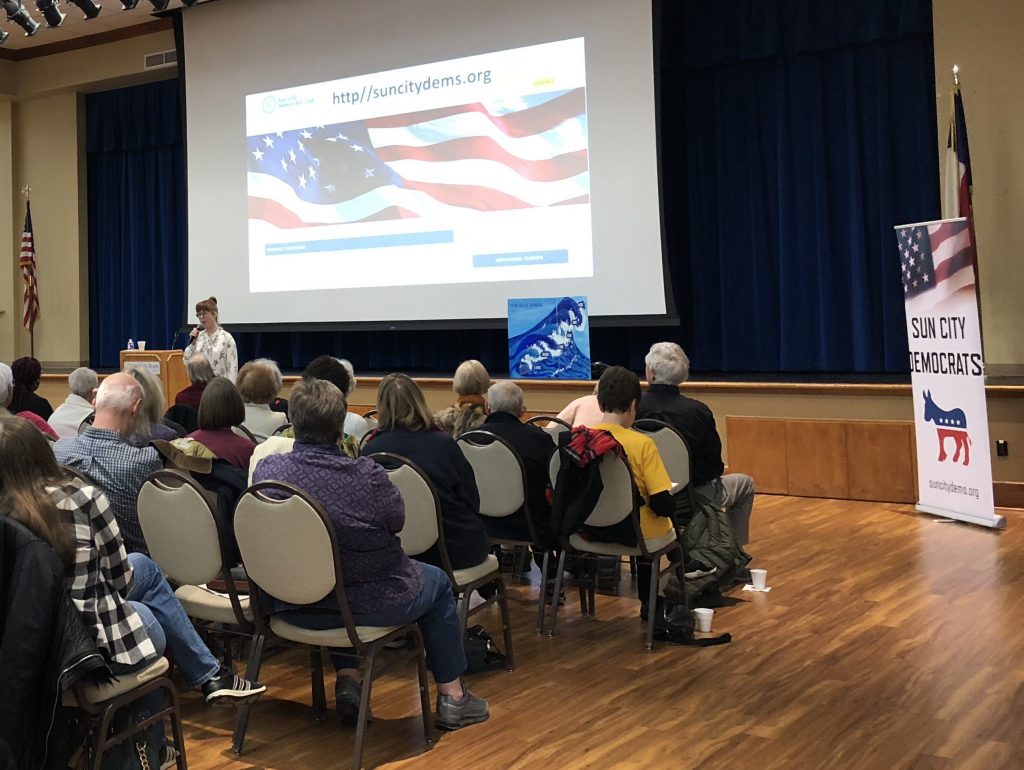